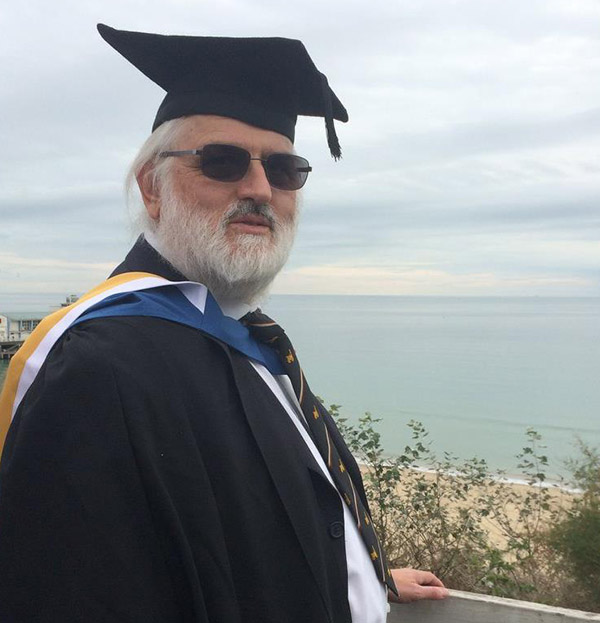 2016 has been a memorable year, including my graduation with a BA in Communication and Media from Bournemouth University.

As I type this year-end reflection all I can really say is that it has been a very busy year in just about every other way too, a veritable smorgasbord of events and activities across a wide spectrum of activities.

My own writing has been progressed, backstage work at the local theatre has been fairly frequent and locations visited have been as widespread as Brownsea Island, the Lake District and the Scottish Lowlands. As for transport, cars, trains, buses and ferries have all featured; the only item missing from the set has been air travel!

Unfortunately the late Autumn and early winter has seen a lot of work sorting out problems for my mother as her central heating boiler decided it wanted to spring a really serious leak, ultimately requiring a replacement. What we didn’t initially discover was that the leak was occurring under the kitchen vinyl flooring, also destroying much of the chipboard too. Luckily that was covered by insurance, even though the boiler wasn’t.  As I write this the only job still outstanding for completion is the replacement vinyl flooring, due to be laid in a couple of days time.

One thing to come out of the floor replacement process is how sloppy tradesmen appear to have become these days with regard to returning calls and actually giving times and dates for coming to do the work.  There is obviously plenty of work about for the small trader currently if they can afford to ignore work, as some did, stating they were too busy to quote initially for the boiler replacement job and secondly for the flooring work! What they also seem to ignore is that whilst the client is very grateful they have deigned to give us their time, in return for our money of course, a statement (promise?) they will come sometime in the next two or three days is less than helpful for an elderly person with no car being able to go out and walk the dog, get fresh food when the shops are open/the buses are running etc. Not everyone has a car or the internet so they can patronise 24-hour shopping. Luckily I was able to be there so Mum wasn’t trapped in the house for the two days before they turned up!

As the year ends the New Year will be seen in at the, fortunately, reopened Rose & Crown pub in my Mum’s village of Sutton on the Forest. A pub I first saw the New Year in as it rolled over into 1973 – so this will begin a forty-fifth year of custom! 1973 was Plant a tree year, one of the oddities I can recall from around that time was the slogan – “Plant a tree for ’73 – buy a saw for ’74!”.