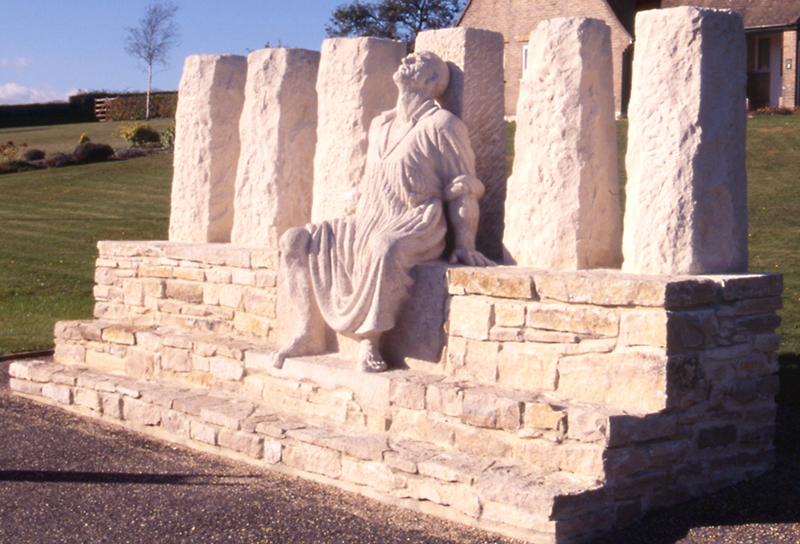 At last week’s Writers Group Meeting the day’s writing challenge was to look at the adjacent art exhibition and write about one of the pictures. However, faced with a selection of paintings that didn’t particularly inspire me to write based on their subject content, I pondered on the work by the first artist who’s name was displayed, thinking; who is she, who is it behind the name? The work displayed, two views of what looked like images of the Lake District and one of a walled garden in sunlight, form a character shape in the mind: a liker of the pastoral, a creative person, a holiday traveler, or is it deeper?

For obvious reasons I have left out the name here. It doesn’t really matter of course, her work as presented is what should count, but on some days the creative in me wanders. the abstract and obtuse taking off in a direction of its own and often on a tangential flight of fancy. Is the name a cover, a pseudonym? At a local charity art exhibition probably not, but then, is the artist actually proud of her work or somehow feeling the displayed pieces could be better, that hiding behind the anonymity of a name change, protects her, or even his, true identity.

Is there a deeper meaning?

What do the chosen works say about their inner character? Was the juxtaposition for this exhibition of the three images deliberately chosen to create the contrast? The first a bright summer day in the cosseted world of the grand household, the land of the gardener and servants placed as a contrast alongside a gently pastoral version of the rugged upland world of the isolated hill shepherd and harsh mountain winters, is the choice making a statement about society or was it merely accidental? Her soft portrayal of bleak northern fells, the home of massive estates and the life of the privileged built on the backs of working men and women toiling in poverty in mill and mine, was it picked to contrast or compliment the garden scene? The garden may be Athelhampton House and if it is Athelhampton was it chosen because of its’ siting adjacent to Tolpuddle, another representation of grandeur built on the exploitation of humble farm labourers thus another subliminal dimension based on the Georgian struggle for workers rights?

Alternatively, is the selection mere coincidence, the observation of a casual tourist artist, the pick of the perceived best from the artists portfolio and,  if it wasn’t the day after the feverishly politically charged atmosphere of a general election, would I have even taken this line of thought?  Regarding the choice I suspect the latter, the portrayal of societal angst through art, too much part of the semi-closed London set; the Hampstead inner circle, the chattering classes beloved of Radio Four. This is local, unpretentious, random sampling. The evening class and art group not the coffee house bespoke studio, nor even the local Art Week offerings so often given titling and write ups pretentiously adding little to the selected works.

Who ever you are you’ve put your work out there for all to see, and hopefully, purchase for a good cause and for that we can only offer thanks.