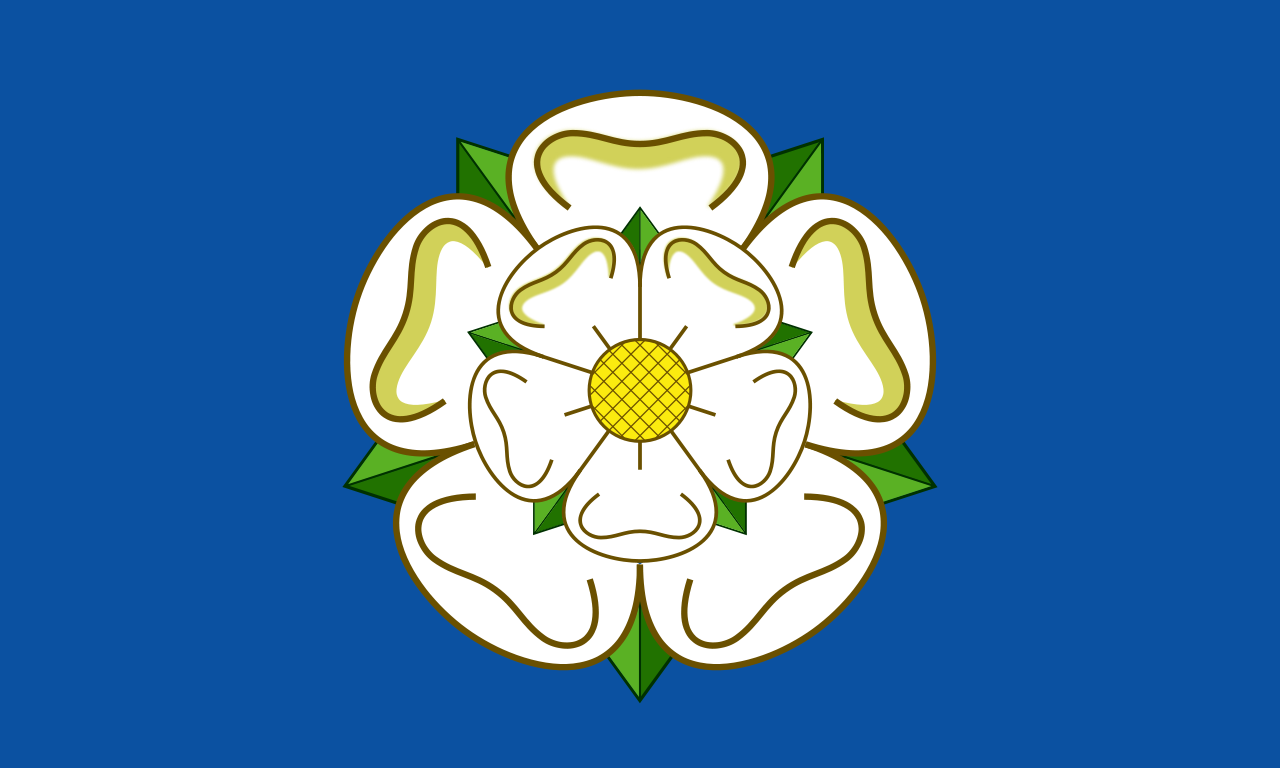 This Blog post with the January update is very brief owing to circumstances outside my control. A strange month; the first edition of the SLS Journal with me as Editor went out roughly as planned despite the Royal Mail managing to chew up the printer’s proof and then deliver it about three weeks late. 17 days for a packet to travel from Walsall to Dorset (and then arrive damaged) is hardly First Class service!  A family crisis then arose requiring me to be away from home for a few days

Left: The image was downloaded from the internet several years ago and the attribution details have been lost. If the image is yours I will happily credit it if you supply the details.

My grandson developed appendicitis so a decant to Yorkshire to be on hand to provide lifts, do the school run with his brother etc., etc.

Update: A thank you to the NHS in York and at Leeds General Infirmary (LGI) for the work they are doing to make him better.

What would have been the January content will therefore appear during February when I get back home and resume normality. 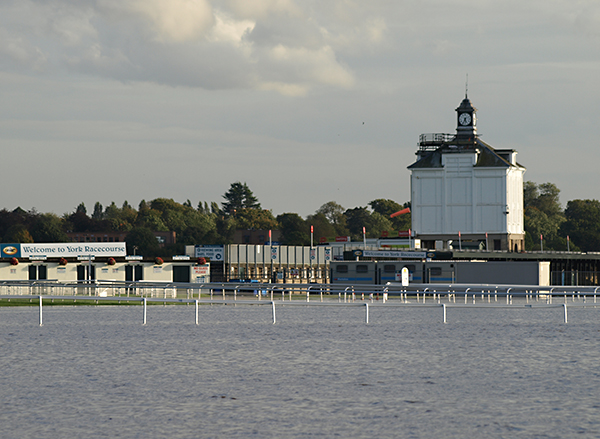 Yorkshire floods and the Environment Agency

I recently wrote another post about the Yorkshire flooding using storify. 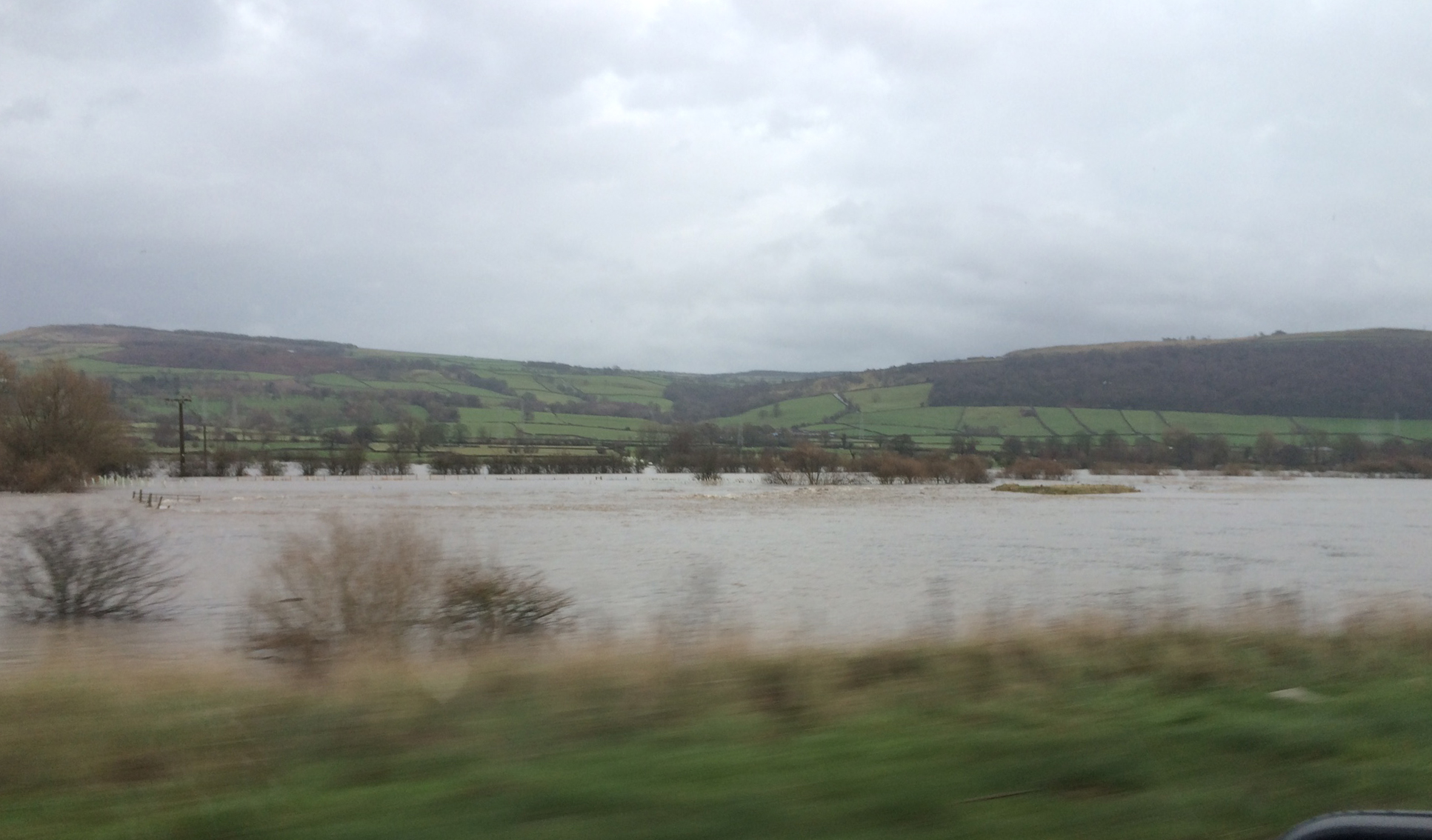 I witnessed the flooding in West and North Yorkshire first hand yesterday during a visit to my sister-in-law.  I also needed to consume the news on the flooding as it happened in order to plan a return journey. The flooding news varied from excellent, live coverage by BBC Radio Leeds & BBC Radio York, to misleading (BBC travel website version), to surprisingly useless (the Environment Agency website).  This blog post therefore asks some questions of the quality, and usefulness, of the information available.

Sadly the flooding is escalating, getting into new areas today as the water flows downstream.  The scale of it is awesome in the genuine sense of the word.  One can see how such monster floods in the past led to legends and fables such as Noah’s flood being passed down the generations until being later written down and preserved.

I am a retired Emergency Planning Officer with experience of major flood events, including the Ouse in York. From that experience I appreciate (a) the difficulty of getting accurate information from an ever-changing live situation but also (b) that it is vital to make accurate information available to both responders and the general public.

The scale of this flooding caught people out.  As a family we had a Boxing Day meet up planned with two car loads driving over into Airedale.  The advance weather forecast was for rain and my daughter and I discussed our driving plans so as to avoid a few bits of road that we anticipated might have some surface water flooding.  The significance of that discussion will be seen later.  On the day it was much wetter than expected but at departure time it did not seem bad enough to abort or delay for 24-hours.

As we drove over, local radio were reporting the unfolding scale of the issue, and that became visually apparent the nearer we got to our destination, although Airedale, at that stage, was not as badly affected as Calderdale. We also began to hear that the roads we had anticipated in advance to avoid due to possible surface water were now flooded and shut!  Although Calderdale was getting the worst of it, the Aire and tributaries were also rapidly rising, the normally placid River Worth was like a white water rapids course and some low lying sports fields passed were inundated to almost the 8ft soccer crossbar height, around 6-7ft of water!

Local knowledge of the possible routes back to York suggested that either the A658 or A58 might become flooded where they crossed and ran near the River Wharfe, therefore prudently the Environment Agency website was checked.  This is bearing in mind the Wharfe was already flooding roads and properties upstream of both points. At 12 noon there was no flood warning in place for either Pool in Wharfedale or Collingham, either as a current or expected later scenario. This was extremely worrying.  By the time we came to leave at 2pm the A658 at Pool in Wharfedale was, predictably, flooding and only passable with care but still no warning for Collingham was being given by the EA on-line.  The equally predictable closure of the A58 was announced by live traffic news as we headed eastwards.

What is worrying with this scenario is that if someone with a bit of local knowledge can predict these potential flood spots 36 hours beforehand based on weather forecasts, why was there no on-line EA warning of even the lowest risk level?  We did not predict a biblical deluge, but equally neither did the Met Office issue a red-warning until it was almost on top of the area on Friday morning.  Collingham flooded around 2-45 to 3pm, the Wharfe by this time had already flooded upstream at Ilkley, Burley in Wharfedale and Otley, I knew it was highly likely to flood, it was after all why I had checked the EA website. If I knew that, why didn’t they?  If I had chosen that way to get home the potential was there to be stranded.

The broadcast media constantly advise citizens to check the EA website for the latest information, obviously in anticipation of reliable data.  Based on yesterday’s random sampling of quality – the question has to be asked, what is the point of the EA website flood warning system in the current configuration if expected, and obviously predictable, floods are not being added/displayed?  It was not possible to check whether there is an issue with full content only available via desk-top browsers, with slimmed down data content versions automatically adjusting for viewing on smaller mobile phone screens.  That is an issue for future checking, but if it  is occurring it adds to the problems.

All this is worrying as my main residence is in flood-prone rural West Dorset; when you are out and about you only have a mobile to access the system, and even that assumes access to a signal.  Data coverage, and the lack of it in rural areas, is of course another issue.

Information should be accurate, however, and update information correctly applied; sadly that was not the case yesterday.  Not only was some travel news misleading, out of date and inaccurate, the BBC were giving opposing messages dependant on which of their media channels you were accessing. I have already mentioned local knowledge, again this appeared to suggest issues with quality of the data accessible for route planning, and where strangers to the area would potentially opt for routes taking them into, rather than away from, potential danger.

I give two examples from yesterday afternoon.  On the morning run part of the A6120 Leeds ring-road near Meanwood had begun to flood as we headed west around 10:30am.  As by the afternoon the expectation was it would have flooded, the BBC local travel service on the internet was checked, with nothing showing as a closure.  As we drove towards it no closure was being mentioned in the local radio’s on-going broadcast.  Arriving at the location, however, we found it was shut, forcing a diversion.  The diversion was unsigned, that is understandable, given how many blockages were in place, but the lack of radio and travel website notification that one of the major routes within the area was shut, and probably had been so for sometime,  was perhaps not!

Equally problematically, the A64 near Tadcaster was being shown on-line by BBC Travel as only passable with care and long delays to traffic; as that was not being broadcast as a current issue, we gambled on that info’ being obsolete.  The A58 has been mentioned already but would have been one of the alternatives.  We drove the A64, there were no problems.  On arriving home the BBC Travel website was re-checked, the false information that had been there most of the day was still present and shown as recently updated!

The lessons of 2007 have still not been learnt with regard to this need for quality information so as not to divert travellers into areas that are liable to be the next place to flood, trapping them.  Forcing the BBC into cut backs  will only exacerbate the scenario; weather forecasting needs to be good quality and accurate, not simply based on the cheapest available via competitive tendering.  Local radio is vital, a community asset to be expanded not slashed.

As a citizen sampling a largely unprecedented weather event yesterday the local radio coverage via BBC Radio Leeds was superb, informative and, as it was live with on the spot reporting, current.  Unfortunately the same could not be said of the same organisation’s on-line travel news.  It was proven by practical sampling to be inaccurate and incomplete even with regard to main A roads.  That may not be the BBC’s fault directly, but in a world where the internet is increasingly touted as the source to be turned to for breaking news and information, it is clear that as yet, the back office systems are not serving up the material. The Environment Agency was also found wanting in exactly the same way, back office systems not getting information out fast enough.